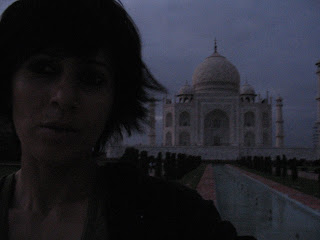 When I was a young girl, I remember my father constantly telling me “Billie, when you grow up, remember to respect a man just enough. Just enough to keep him superficially happy.” I was five then and did not have a clue of what that meant. “Try not to make more money than him, and if you do, hide it.” “Listen to him with one patient ear but turn around and do as you please.” “What!” “Stupid papa, always thinking of something profound to say. I am a child, can’t he talk about bicycles and Lego.” Needless to say, that information was stored it in my mental hard drive and applied in every relationship. Most of them failed. Not my fault of course.
After my first marriage ended in three months, my mom told me “Don’t worry Sapu, marriages are over rated anyway.” “Do your thing.” “Well put ma.” I remembered her words for a year but decided to take the plunge again. On my wedding eve she told me, “Sapu, learn to be a little more bearing of men. They are not so bad. Give in sometimes. It’s ok to do that.” “What!” I listened with one patient ear and turned around and did as I pleased.
Yup, the second one came crashing down. This one lasted a year. Not my fault again of course. Not my mama or my papa’s either.
“The fault,” as my imaginary shrink would say, “lies in our dynamic unconscious.” What.... you see this is the reason I dumped her.
But I liked the reasoning. I started to blame everything on this ‘dynamic unconscious’ thing. Look it up stupid, if you don’t understand it.
I woke up this morning to the news of the Taj being added as one of the wonders of the world. Hurray Yippee Yay. The whole nation rejoiced. I was happy too. I smoked a pack to celebrate.
According to history, when Mumtaz Mahal was still alive, she extracted four promises from the emperor: first, that he build the Taj; second, that he should marry again; third, that he be kind to their children; and fourth, that he visit the tomb on her death anniversary. He kept the first and second promises. God bless him.
These days it’s hard to extract loyalty from a man, let alone a monument. And even if a man promised to build that monument, he would probably end up borrowing money from his wife. Hee hee.
I pranced about in my box I call house in deep thought pondering, “Would a woman ever build such a monument for a man?” “Would she spend so much time and effort and money on any man other than her plastic surgeon?” “ Would she go as far as cutting limbs to avoid duplication?” “Hell no,” replied my dynamic conscious.


Confucius say, “Man who fight with wife all day get no piece at night.”
I say, ”Woman who wants to live in monument, lives not in the moment.”
Posted by bumbai ki rani at 12:28 PM 11 comments: